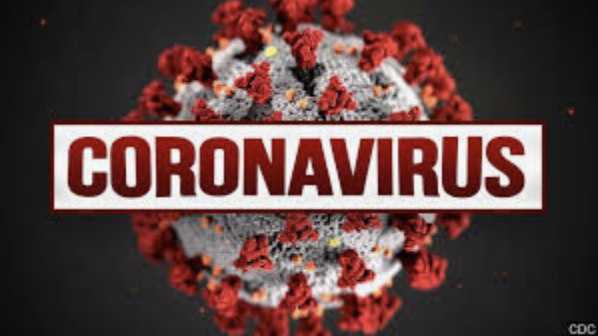 We hope that this letter finds each of our Sunrise families safe, healthy and holding up as well as can be expected given the events of these past two months. As you probably know, Little League International recently announced its decision to cancel the Little League World Series for the first time in its history. Although we were all hoping for a different outcome, there was just no way Little League could host an international tournament this summer.

Despite the cancellation of its World Series, Little League International has encouraged all of its leagues to continue with their seasons in accordance with the recommendations of local public health officials. The Sunrise Board of Directors has kept a positive outlook with the hope of continuing our Spring season whenever it is possible to do so. Recently, Los Angeles County released its “Roadmap to Recovery” which calls for the re-opening of businesses and activities in five (5) separate stages, beginning with Stage 2 last Friday, May 8th. We have made several unsuccessful attempts to get guidance directly from the offices of Mayor Garcetti, Councilmember Blumenfield and the Los Angeles Department of Public Health as to whether Little League falls under Stage 3 or Stage 4. This distinction is important because, if we fall under Stage 3, there is a possibility that we would be allowed to resume our season in early to mid-June. However, if we would be included in a Stage 4 opening, it would bring us to a time period much later in the summer where resumption of the Spring season may not be possible.

The presidents of all Little Leagues in District 40 have been in regular contact via Zoom meetings, emails and text strings on a weekly basis and are unified in our hope to resume our seasons again. Given where Little League currently stands in Los Angeles’ “Roadmap to Recovery,” that will not be on May 16th as we had previously hoped. Given the desire expressed by all of its leagues, District 40 has stated that it would be interested in hosting an All-Star tournament at some point at the end of summer or early fall. If such a tournament does happen, then we would do everything we can to make sure that Sunrise will participate at all levels. At this time, we are continuing to wait and see when we would be allowed to reopen and will continue to update you.

Whenever Sunrise is allowed to reopen, changes will be implemented to encompass the social distancing requirements necessary until a vaccine or widespread treatment for Covid-19 is developed. The Sunrise Board of Directors is finalizing a comprehensive “Safe at Sunrise” plan that will be enacted and adhered to, which we will make available on our website in the coming weeks for all of our members to review.
These have been very challenging times for everyone in our community. The inability to continue the Spring season to date has had a great impact on Sunrise Little League.  One of the largest sources of league revenue is the Snack Shack which was only able to generate a fraction of what it normally does. Additionally, the league has numerous upfront costs such as uniforms, equipment, insurance, rent, maintenance, perishable food etc. We also made major improvements to the fields with fencing, shading, and cage and electrical improvements.  Similarly, we understand some of you have been impacted financially as well.  We also recognize that there may be families who do not feel comfortable returning to youth sports (including Little League) whenever they are allowed to resume. If your family has made the decision not to return whenever Sunrise does, please send an email to covidupdates@sunrisebaseball.com stating your intention discontinue your participation no later than Friday, May 15th. If your family will not be returning to Sunrise for the completion of our season, given the financial impact this has had on the league, we would ask that you forgo any refund of registration fees.  If you would like to request a partial refund please do so in your email. We have also instructed all of our teams to return any and all unused portion of their “team funds” to all of our members immediately and are also returning all snack shack shift deposits.

To all of our Wee Ball and T-Ball families, we know that the interruption of our season came at a time where you either had very few practices and games (or none in the case of Wee Ball). Due to that unique circumstance we will offer full refunds for all Wee Ball families and 50% refunds for all T-Ball families. Once again, if you are financially able to forego your refund Sunrise would greatly appreciate it and will give you a donation letter for tax purposes.

Although no final decisions have been made, if Little League is a Stage 4 opening, one possibility our Board is considering is a Summer-Fall season that would be treated much the same way as Spring. Per expanded Little League registration guidelines, our current 12-year-olds would be eligible to participate. The working idea would be to run this with divisions identical to Spring (Majors, AAA, AA, A, CP and TB) over a 20-game season, complete with playoffs.

Finally, per Little League’s recommendations, given that Sunrise remains closed our elections will be conducted in September and the current Board of Directors will remain in place until that time. If you are interested in serving on the Board please email me directly with your interest.

This is certainly more than I ever envisioned handling when I became the Sunrise President last summer, but we will face and conquer this challenge as a community. We will be back playing ball and cheering the kids on in the near future and Sunrise will be better than it was before. For now, on behalf of the entire Sunrise Board of Directors, please stay healthy and well and I am ever optimistic that we will all see each other back at the fields sometime soon.